A newcomer to the search engine's bestiary, the Google Opossum (or Possum in English) algorithm is a sort of extension of Google Pigeon, deployed in 2014 first in the United States and then in 2015 in Europe and in the rest of the world.

Like Pigeon before it, Opossum focuses on local searches such as "restaurant + city" or "architect + department", whether these searches are performed directly in Maps or via universal search.

What does the deployment of Opossum change?

Always looking for a better relevance of its search results, Google uses more and more the location of the Internet users but the proximity is far from being the only criterion taken into account by the engine. 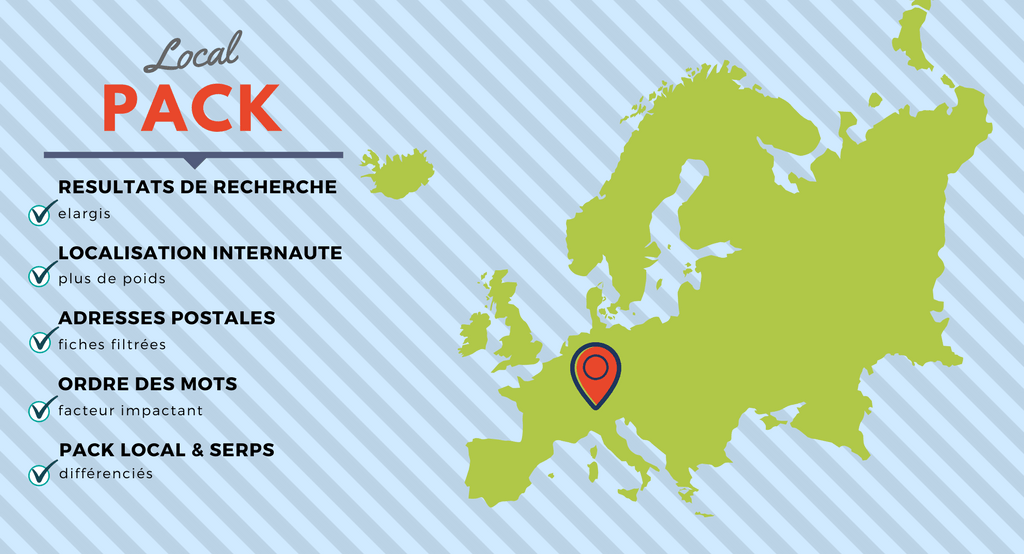 The Local Pack and the Serps are now differentiated at all levels, including in terms of penalties. Thus, a site that has seen its positions degraded in the Serps following Penguin can very well see its records appear in the top 3 of the Local Pack and on Google Maps.

How can I benefit from the deployment of Opossum?

As we can see, each update of the Google algorithm aims at improving the accuracy and relevance of the results. This requires SEOs to be more and more meticulous in their optimization.

"There's no such thing as broad brush referencing anymore, it's all pointillism today."

It is through the advanced optimization of a multitude of factors that a page will be able to position itself well today, whether in the Serps or in the Local Pack, whether the search is done directly in Google Maps or via universal search.

The local factor is bound to take an increasing place, as queries are made more and more on mobile and geolocalized devices, and an algorithm like Opossum, even if it has made less noise than Panda or Penguin when it was released, is still to be fully considered in a global SEO strategy. And this of course even more if your activity is locally based and does not seek to recruit Internet users, as in the case of an online business, but customers or prospects in real life.

If you wish to ask for advice on your SEO strategy, do not hesitate to contact our experts SEO agency Geneva Whether your target is local or international, they will optimize your site and your associated Google My Business listings to make your online presence unmissable.

Required Always Enabled
Necessary cookies are absolutely necessary for the website to function properly. This category includes only those cookies that provide the basic functionality and security features of the website. These cookies do not store any personal information.
Not required
Cookies that are not particularly necessary for the operation of the website and that are used specifically to collect personal data from the user through analytics, advertisements or other integrated content are called unnecessary cookies. It is mandatory to obtain the user's consent before using these cookies on your website.
Analytics
Analytical cookies are used to understand how visitors interact with the website. These cookies provide information on visitor metrics, bounce rate, traffic source, etc.
Save & Accept